Sportmen are mainly people, they have got basic human rights and this might not belong to the sport business!

Sport’s lovers have lucky period nowadays. Soon they could enjoy the Olympics race. Championship’s matches in Dutch – Belgian organisation offer great sport experience. Today evening we could keep our fingers crossed to Istvan Kovacs, who will fight for the title Champion of Europe. Maybe we don’t realise during the” great importance sport news” the “small news” which contains calumniation of sportsmen accuse them of doping. In opinion of those persons who has to make decisions about health of sportsmen, they used that kind of medicine containing effective substances which are “not allowed.

I would like to note that I acknowledge primary importance of sport – health relationship, which require determined manner behaviour in interest of sportsmen and sport.

At the same time we could not support exaggerations, extreme announcements and autotelism. We may represent things in that way that we will reach the opposite and not our original aim. We could range here several cases: when children’s suicide’s reason was the excessive mother’s loves, million of people were killed by all word religion and thousand of people usually die because of love affairs. The number of examples we may show through a lot of pages. The reason why I thought important to say about this matter: that international behaviour against doping not means my support on connection with the freedom of using dope.

Several cases actually I think inadmissible and dangerous namely when the use of medicine (which is demonstrably cause the recovery) is forbidden. In these cases rolls change as ensuring of sport clarity are more important than recovery of sportsmen’s health. In principal we might say nowadays an acceptable reason using of those medicines which don’t contain forbidden effective substances. Although this is restriction which can danger the nominees.

Restriction in the one of the basic human rights – the right to health –in case of sport even! Assurance of basic human rights should be that naturally that the roll of Constitution in democratic countries. We may list lot of decisions of Constitutional Court where the judges refuse central will with explainement: “ Intention is clear, but method of implementation intervenes in basic rights. If this will realised at practice it will considerably restrict the success of human rights in purpose of less securited society. “ These declarations usually announced that government have to find less simple and whether more costly technical solution to reach their aim without restriction of basic rights. Although I am not a doctor but science’s today’s level might buttressing in case of forming suspicions about somebody’s dope – would be definable in the way of getting drug into sportsmen’s body –rather it needs more costly and complicated procedure. We also could make decisions that effective substances got into sportsmen’s body through of medicine e. g. the nominee were really ill? Probably other effective substances of medicine are also known and proportion of objectionable component too. Indexes of quantities and subsequent statements of named illness’ physique’s alterations are also known.

I believe that sportsmen’s – suffering from serious illness – main task not the engagement in races especially if they use considerable quality medicine with drastically effective substances. So they can not participate in racing during their illness and when they will race again they can not reference to using medicines containing dope substances or in other way this supposition might be out of the question.

Those medicines which using is allowed by doctors never contain that quality of effective substances, which can endanger health of sportsmen or clarity of the race. Medicines using and permitting at circulation going through on that strict permission procedure which itself decreasing risk factor. More important to find another solution to protect clarity of sport and protect sportmen of harmful effects. This aim can’t give reason restriction in choosing medicines (which really help in their recovering) for ill sportsmen. In these cases the only one who can choose is the doctor. He has to choose that medicine which affection is the best for recovering!

Expectation to the ill people – bring a table on his neck to inform surrounding people about his condition – not only illegal but also senseless. Simply we could not restrict doctors in their help for recovering sportsmen or condemn sportsmen using medicine in his own interest of recovering!

In uncertain cases we may use the basic law of democratic legal comprehension in sense of punishable only that person, against who there is an evidence. “Power” can never shift evidence compulsion to the publicity. At nearly one third of my life when I was sportsmen, trainer, games master – sport was determined me. That is why inhuman unconcern so shocking for me. When international sport’s association’s make decisions against excellent sportsmen. I would like to mention Tibor Benedek , our excellent water-polo player who had been forbidden in the beginning for 8 month because of effective substances of that ointment which he had used for his dermatitis. Later his forbidding was reduced for 3 month, than it was up to 15, and after all it was reduced for 8 month. Measure of punishment was depending on the next conditions: whether was our interest important enough to get participating him e.g. on European Championship, which degree of importance the following international meeting had got. Zsolt Varga is hoping now that because of the medicine, which he used for his flue, he might participate on the Olympic Games or not. This matter’s spiciness that he had to accept that legal rule- according to which he despairs of checking trial “B” – acknowledge all facts in case that he may spend his punishment before the Olympics Games. This enforcement against all basic rights, it force him confess his “guiltiness” despair of his rights to avoid bigger unfairness.

I’m convinced that is not so far the news, when sportsman, who rebels against the self-motivated sport organisation’s advice will meet a lawyer office, which prefer his calling. This will be the beginning of the first action at law, where the plaintiff will be the sportsman and the defendant is any kind of roll-changed and domineering international sport association. The subject of lawsuit will be the endangering of sportsman’ s health and compensation because of some illegal decisions. I believe in the win of sportsman and this might be instructive for many people.

It was not long time ago, when European Court repealed European sports association’s prescriptions , based on those “traditions”, that in national championships of EU countries only given number of other players( who are also EU citizens) may participate in teams. So- called Jean- Marc Bosman case like a concrete case had influence for all kind of sport. Court’s decisions announce that according to EU “constitutional principles” EU’s citizens have the basic right to decide where they intend to live, work, undertake or play sports. That interest of any national sport associations that at national championships have to participate residents of that Country with majority may understandable according to tradition but number limit bellow restrict the EU’s citizens basic rights and this law restriction is unacceptable. Sport associations could hardly believe to their eyes when they saw this judgement. They had to realise that their power is limited, sportsmen first of all people, who have human basic rights and this is already not a part of the sport business.

It would be really fair if realised the daily oppositions not the sportmen have to turn to international court forums, and they have not wait for the case when a sportmen suffer damage evidently because of this regulation. Profession of sports doctors and international sport associations are should thinking through their opinion. 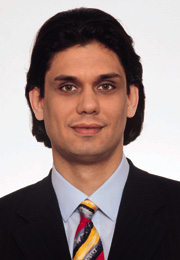 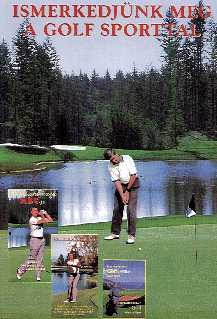