Three executives of Suzuki Magyarország were handcuffed then marched off in their subordinates’ presence. This piece of news reverted to by all Hungarian media several times produced bad feeling in me and perceptible obtuseness in my acquaintances for days. Almost everybody feels, felt that something was wrong in the way of the denunciation, in the police action. It could be felt even on the faces and in the sentences of the announcers of the media news.

Several previous writings of mine have already been about that conviction of mine that something is wrong about the statutory interpretation, the way of thinking, perhaps the qualification, practice of the police and the state attorney’s office proceeding in economic cases, perhaps about the respective statutes!

In connection with the given case I have no information about what the affected ones are accused of, and this way nor about whether they had done irregularities at Suzuki. But I still do not think that many ones would find me a “gambler” if I bet it today that the three directors would never be condemned. Never, because it is simply not lifelike and this way also improbable that the executives having a several million monthly wage would commit a willful serial crime in conspiracy throughout years, the “outcome” of which would be seven million forints per head. I would not bet whether a possible tax audit would find the accounting of Suzuki faultless in all taxation and accountancy rules. Actually a comprehensive inquiry would possibly find parts where the statutory interpretation of the company and the tax authority differ. … But it is not a crime!

It is unseemly in a constitutional state to make a distinction according to who the affected ones are neither in view of the criminal proceedings nor in the view of jurisdiction nor in the view of the perpetrators. But it does not mean that the proceeding authority does not have discretionary powers for the way of the proceedings during the jurisdiction, during the investigation. But this is not only a right but also a duty usually worded in the laws. For example in course of the coercive measures, even in case of prevailing conditions of employment it is a statutory obligation to pay regard to the affected ones’ rights for human dignity. The means of coercion can be used just in the necessary degree. It is a frequent answer from the criticized authorities that the law allows them to consider and they deemed the given case right this way, so the procedure was lawful. But these statements show that they do not understand and do not know the statutory limitation of their discretionary powers, namely that these powers are not unlimited and not without criticism. They must explain the decision made by deliberation just as any other proceedings of them. Therefore if the reasons are not proper then their decision was wrong and they had to take responsibility for its legal consequences. That is where it has and mainly will be great importance that the proceeding authorities will have to give answer about the reasonableness of their decisions after an already “predictable” verdict of acquittal following a possible formal accusation. To answer whether it was really to be feared that, knowing the presumed amount of commission, the involved ones would escape while their private property in Hungary was large multiple of this amount. Would it not have been enough to impound the passports (especially in the Japanese director’s case) etc? Why did the executives’ arrest happen in their workplace?

The Hungarian police and state attorney’s office do not really have unpleasant experiences of it yet that the involved ones can demand legal reparation following their proceeding if it proves to be unfounded later. Because in the last decades the involved ones were rather glad that the nightmare was over and they wanted to escape from the authorities, from their molestation. But this way of thinking is perceptibly changing. Sooner or later we will follow the practice of the countries having democratic experiences, where neither the involved ones nor the media nor the political participants fearing the democratic state do not let any enroachment of the state as powers remain without consequences. Because just the democratic institutes can mean the biggest danger for democracy if these powers begin to fix their own rules of operation themselves for the “good of the community”. In the present case the later action is rendered probable also by the fact that one of the involved executives is that Japanese director whom the Japanese owner, according to Japanese customs, chose with special care and found suitable to represent Suzuki. I do not envy our President who has to answer pretty uncomfortable questions of the journalists during his visit in Japan in these days. He may be excused from this burden in respect of his hosts because the Japanese customs demand very strict courtesy from them.

I am convinced that the indemnity proceedings following the involved ones’ acquittal will be where it is going to be the authority to have to prove that during the proceedings all their steps were within legal limits and they supported their decisions made by deliberation properly. And that is when it is going to be uncomfortable to answer whether it enjoined precaution on them that usually it was the involved (damaged) one and not a “denunciator” who made charges about the suspicion of embezzlement, because the damage was in his property. Did they not find the amount defalcated by the culprits continuously – supposedly in years – and in conspiracy “too little”, which was equal only to the involved ones’ one month legal wage? By what will they reason it that after a several month secret investigation they had to march the culprits off with means of coercion, handcuffed, on so-called leash, in working time, from their office, in the presence of the press and the several hundreds of their subordinates. Which interest of the investigation made the police inform the press about their secret action? … The questions will probably remain unanswered by the responsible ones, but it will mean a burden of hundred millions from the taxpayers’ money, while the damage to the judgement of the Hungarian economy cannot be said in terms of forints. I do not know whether Mr. Suzuki and his colleagues were thinking about the development of the investment in Hungary but I could surely assert it that this possibility would not even arise during the present proceedings and in the following few years!

It is too bad that we will have to feels ashamed both for ourselves and our foreign judgement when years later the Hungarian authorities will be condemned because of their present behavior. It is good that we already perceive it and sometimes even give voice to criticism if the powers misuse its rights for any reason. Nowadays the reporters of the commercial televisions ask uncomfortable questions of the national superintendent of police prying into his colleagues’ procedure. They publish the statement of the suspicion of the police among pretty doubtful sentences. And I can only hope that in this case there is only wrong interpretation behind the almost surely wrong police action and these is no reason or personal interest of anybody what or who is able to use unlawful police steps for his aims. 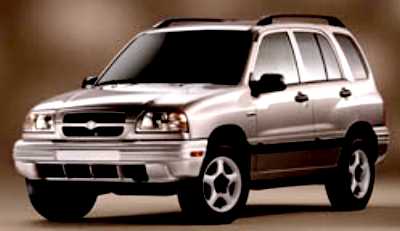