More
Kezdőlap On the Economy We pay taxes! . but how in 2000?
Facebook
Linkedin
Email
Print
Viber 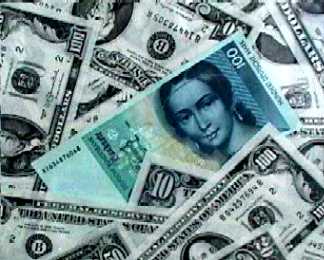 Yesterday the Parliament adopted the amendments of the personal income tax laws concerning next year. The past days passed with the number-war between the government and the opposition both in the Parliament and in the columns of the media.

Generally on the principles of taxation

I would like to wander from this number-war in my writing. The taxation, including the matter of personal income tax, has principles simple to circumscribe. What would be really important is to change the system of the annual modification marking the custom of the Hungarian governments since the 1988 amendment to a stabile statutory regulation, which has considered principles and is undertaken also politically.

It happens in mumerous countries and in different economical situations that the government settling the present of the economic policy thinks that increasing the tax burden of the people (personal income tax, VAT) and/or the economy (corporate tax, VAT) is the most adequate for the realization of its program. Of course it is possible and also more desirable for the people to make such a government program the realization of which makes the reduction of the general tax burden possible. Also it requires a preliminary political decision that the social welfare always remarking the given society is attained partly through the fiscal system. Or they do not “weaken” the economical effects of the fiscal system by social conditions but the economic effects of the taxes can be fully effective. Besides the social elements it is one of the possibilities of the sate processes, in driving the economical real processes to the direction conceived of the government, to build several relieves in the fiscal system.

So the governments must decide whether they want to urge the economy to the direction of increase by reducing the taxes belonging to the economic processes in the respect of the participants of economy or they want to reduce the time of economical investments, development by increasing these taxes in case of a surcharged economy. The changes of popular taxes can influence the citizens’ decisions too. For example the reduction of the taxes connected to the obtainment of the consumer goods surely produces the increase of consumption. While the increase of the same taxes, together with for example the increase of the interests of the issuing bank, surely results in the increase of savings and the restraint of consumption. The taxes connected to the income might induce interest in the increase of achievement, increase in the number of workplaces. But the increase of the level of levy will result in decrease also in the level of employment.

I have raised it many times, without particular willingness to obey it, that at the changes of tax principles the degree of the suggested change should reach a critical number of people to be able to realize our expectations of economy, consumption, investment and savings. For example by reducing the average burden on the personal income tax by 1% the government has every reason to expect that the tax forints remaining in the citizens’ pockets will be spent mainly on enlarging the consumption. But the reduction of taxes – as the decrease of the expenses of the labor – will have an effect on the increase of the number of jobs, on the rise of performances, on the increase of willingness to pay taxes only if the level of levy is reduced with as much as 4-10%. But in this case also the increase of tax bases can be expected which might be able to compensate even the decrease of the level of levy.

It would be important for the financial governments to have the above-mentioned things unambiguously determined by the politics before preparing the tax regulation striving for stability. Professionally established concrete tax proposals can be tabled only being aware of these decisions. Unfortunately I do not know such a year when these decisions with real contents were available before preparing the tax regulations.

In spite of this I do not exonerate the ones making the proposals because their work has never had that expectable professional level which would be available for the ones preparing the legislators’ decisions. Those techniques of model calculation, on the basis of which the proponents calculated the data of expenses and incomes expectable in the consequence of the certain proposals, had never been introduced. It is rightly expectable for the details on the present mathematical level of modeling to usually stay within a 1-2% limit of error as compared to the calculated plans. The calculated and the real values should not differ more than 4% even in the most unexpected cases. And I hardly know such a tax category and such a year, when the expected details of the certain tax revenues had stayed within these limits as compared to the real incomes. The above-mentioned exactness of modeling is true not for only the certain tax categories or the totaled amount of taxes, but also for the important components of the certain kinds of taxes. For example nor the so-called oil billions could have disappeared throughout years in case of expectable modeling because the tax revenue different from the calculated values would have called attention to the abuses started in the taxation of oil and even for its concrete volume immediately.

In the early nineties as a member of the Board of Interest Arbitration I raised it to one of the under-secretaries of the Ministry of Finance as he presented the usually cocksure reasoning of the annual changes of taxation, including the complete rejection of the bettering-disposed motions for amendment, whether he had “considered” it that the proposals reasoned by him and his colleagues with the same self-confidence in the past five years had never been justified by the following period. But at the same time the actual happenings could always be caught in the act finally, among the complaints “thrown out” during the debates before the proposals.” Of course the under-secretary of state was not bothered by my sentences and he undertook his new ideas as long as we had some gooses left! The only I wanted to show by my sentences was that it was probable statistically that if a calculation model brought in the expectable values in the respect of the details not once in ten years then that calculation process was ripe for change!

I am awaiting for the first appearance of that proposal in the history of the Hungarian tax law, in which the proponent justifies it by modeling that, within the limits of the previously announced political decisions, the so-called tax-optimized value is true for the proposed tax values. It means that the probable results of these tax values include the economic product (tax base) and the taxation morals, including also the capability and will to pay the taxes, the common product of which gives the most important amount of taxes for the budget. Only such a calculation could validly let us know whether, considering also the presently given circumstances, the Hungarian people and the participants of the Hungarian economy are overtaxed or not.

I am convinced that the income of the budget could be increased a yearly 5-8% by just the expectable and immediately initiated significant increase of the professional level of the proposing work with the same tax burden. Of course it is true inversely too. It means that, with the same “hunger” of the budget, the level of the average tax burden could be reduced even 4-6% per revenue in spite of keeping the unchanged being of the income values.

In Tuesday the Parliament had passed the next year amendments of the Personal Income Tax laws. According to the habits the last days were about the number-war of the government and the opposition both in the Parliament and in the columns of the media. Unfortunately nor it had changed that the consciousness of the above-expressed and indispensable political decisions could be perceptible in the background of the proposals.

While the program of the government has the significant reduction of the tax burden reasoned by the real possibility assured by the economic increase, leaving the tax brackets and the tax rates unchanged became the final decision. And as for it, it means the increase of the tax burden in view of the tax content of the probable wage increase, which is equivalent (6-8%) with its inflation-producing part, on the basis of the fundamentals of the mathematical formulas. Determining the percentile proportion of these taxes compared to the previous tax income can get the percentile proportion of the increase. So the government “swallows” the source of the changes of the fiscal system assured by the economic increase.

The government program lays stress on the so-called family support efforts. The original ideas -–rightly according to my judgement – started the realization of this aim in an independent social program, with a ministerial state administrative structure established for this aim. But the program of the government specified it as a definite aim in the fiscal system that they would make the significant reduction of the tax level possible by depressing the benefits and the elements out of the fiscal system, by widening the tax bases beside the probable economic increase. Without reconsidering the things written in the government program, the increase of the tax level had ensued, while the number of social and other benefits in the fiscal system, which did not suit taxing and had a negative influence on the economic efficacy of the fiscal system, increased significantly. 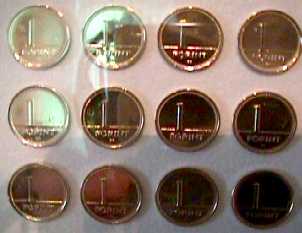