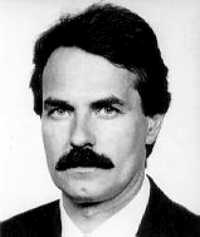 It has become a first-page piece of news that, according to the past week decision of the government, six hundred kilometers of new highways should be built in Hungary within five years. The first critical remarks could be heard almost at the same time as this piece of news too. They drew up mainly the way of the decision of the government, the misgivings deduced from the way of the decision. What was really important to me was that the criticisms did not touch upon that governmental will according to which the government wanted to build more highways in Hungary within the next five years than ever made till now.

I expatiated the next thought first in my general writings on economic policy published in the early nineties then before the 1994 parliamentary elections. The economic policy environment did not mean it to the state (government) that they did not have means to further the increase of the economical processes. I mentioned the necessity of making the flat-building more lively by indirect means, or else that, as a direct system of means, significantly speeding up the building of highways could cause such an economical increase where the state contribution was definitely desirable. Also the economical steps of the present coalition have been criticized in many of my publications. But in consideration of the whole I must say that the level of the economical decision-making inside the governmental work is essentially acceptable than the manifestations of the coalition government in social policy. I consider the real decrease of the level of the social insurance rate, the ideas of privatizing the significant areas of the health service, the new financing program of flat-building and finally the presently announced highway-building program as significant decisions of right direction. I do not think that it is only accidental. It is rather the consequence of that the “politician” people of the government coalition parties were pretty far from the economical professions in the respects of both their special qualifications and earlier paths of life. This way they did not expect to be and were not commissioned in these fields in the state administration. This way at the economic portfolios assignments could be given to people though undertaking political loyalty but having professional paths of life. For example, in the respect of professional preparedness, it would be really hard to compare the Minister of Youth and Sports striving for the late remedy of diploma with Minister of Finances, Zsigmond Járai. Or as well with the former and present Ministers of Economic Affairs, Attila Csikán and György Matolcsi.

It might be an acceptable thought that the government led by the FIDESZ tries to achieve a more significant, more perceptible economical development by bolder steps. It could offset the very unstable being of their social acceptance. Beside a controlled inflation, an economical increase stronger than expected and the citizens’ enrichment might make it possible for the criticisms of the policy of the government (made for the sake of keeping power and leaving the democratic principles and often also laws out of consideration) to get less stress.

In the case of this gigantic state investment I consider the probable increase of corruption as a real danger too. But I do not think it is the right argument against the investment. It was just the FIDESZ I criticized in connection with the 1996 world fair. Because they stressed “the possibility of botching, the corruption risks, the never recovering expenses (which endangered the balance of the budget) of this gigantic investment which was beyond the power of the country” as main argument against the world fair. True that such an economical program includes all these dangers. But on the other hand, only such programs can cause such perceptible economic increase, which is able to make the competitive edge of the Hungarian economy, and the living standards of the population overtake the well-developed European region. So the task is not keeping these programs back referring to the risks of failure but striving for becoming richer of successes and not losses in the course of realization. It must be pointed to during the project that in its realization corruption strengthened, perhaps the building of the highways was realized more expensively and/or in weaker quality than it would be possible, reasonable. This control is definitely the duty of the public and the opposition.

But in the course of the critical arguments the professional authenticity and the establishment of the used arguments are very important. I am convinced that those statements were not apt which stressed it as the mistake of the announced program that the investment costs of the construction planned within five years instead of ten years would grow because of the shorter-time making. Or which qualified the five-year period unrealizable deduced from the presently available capacity of building highways. The volume of the intended investment makes the accomplishment, development of the necessary and perhaps still missing technological chains recoverable. There are no instruments, basic materials etc. in connection with building highways, the obtaining of which would mean any difficulty. But the duplication of the volume of the yearly investment makes the participation in making more attractive. This way the significant decrease of the offer price is definitely to be expected and expectable. The better employment, shorter payback period of the technology needed for the execution, its expenses, which can be spread more widely, all have an effect of cost reduction. The above-listed things result in the deducible restraint of the direct costs of the investment. It is strengthened also by the fact that in consequence of the faster take over of the infrastructure developments giving point to the investment also its effect of generating general and positive economic increase arises years earlier.

This place I would like just to refer to it that significant revaluation of lands in the 20-30 km are by the built highways can be expected. At the same time the chance of regions approachable on highways for so-called “crop” industrial and commercial investments is multiplied. Meanwhile the volume of the investment itself causes increase in economy expressible by percentage points for five years. And as far the Hungarian macroeconomic indexes heeded so much by the foreigners, they can, by being better than average, cause a very significant improvement in the judgement of the whole Hungarian economy. They can make the Hungarian investments more attractive also generally. The lasting job creating being of the investment is not negligible, which can mean even several ten thousand jobs in the very wide range of professions and definitely in Hungary.

Nor at settling the real costs of the investment we can count with only its expenses which is some six hundred billion forints according to the plans. A very significant part – it can be even 30-50 percents – of the six hundred billion investment cost appears as state income almost at the same time the expenses incur. Just as an example let us think of the income taxes, social insurance and health contribution following the monthly wages of the employees working on the constructions, the customs revenues if import materials, etc.

In my opinion there was not a professional preparatory work easy to survey and showing ordinary care before the decision of the government. Or if there was then concealing it till now could hardly be reasoned by professional arguments. It is remarkable too that the way of announcement offers a larger scope for possible corruption than reasonable. The possibly not happening open tender significantly restricts the foreign financial resources and can give more chance for economic abuses than the tender systems.

But all these show the necessity and reasonableness of attention and increased control, while must not be an argument for political action hindering the realization in effect! 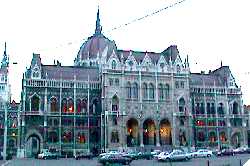