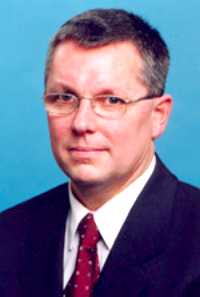 It is our historians’ decennial debate which of the two notabilities of the 19th century Hungarian nation was the greater. Count István Széchenyi or Lajos Kossuth? I learnt it from my father when I was a child that the result of such a comparison could be just a wrong conclusion, because after the comparison one of them would surely succumb, become a loser. And this is very unjust because we could and should declare it proudly that at this time Hungary had two men whose names could be found in the Hungarian, European and world history.The Hungarian aristocrat, count István Széchenyi had got to know and understand the operation of the well-developed bourgeois states during his travels. His exemplary unselfishness, desire to act followed by real acts was really like a message for centuries and even now. But it is important to understand his thoughts, to learn from them but not to give them contents which were not characteristic of one of the greatest Hungarians.

Széchenyi knew our past but his life, his acts proved that he looked forward by his country-building thoughts and he wanted to do for the future. Although his aristocratic descent would have let him day-dream about the glory of the past of the nobility, he expressed his ideas for the sake of introducing the civil values in his writings (Credit, World, Stadium). The will to build, which is usually uncommon in the nobiliary lifestyle, had results like the Academy of Sciences, the Danubian steamship, the dockyard in Óbuda, the building of the Chain bridge, the control of the Danube, the flood prevention of the Tisza etc. Széchenyi imagined it by the leadership of the Hungarian aristocrats that the country would adopt the civil values indispensable for progress with a peaceful change. In his imagination he saw the first notabilities of the future Hungarian bourgeoisie in the nobility with new way of thinking. Széchenyi felt the contradiction between the ancestral nobiliary and the modern civil values too. but he could imagine the peaceful change, the continuity of power only if the nobility’s way of thinking changed radically. It was just the judgement of this subject what made him turn against Lajos Kossuth whose ideas he deemed revolutionary incitement.

I cannot tell where the present civil democracies will develop in the coming centuries. But to quote Széchenyi’s thoughts I am sure that we shall not fetch our future-building thoughts from the past century.

The real message of Széchenyi’s life is we have to build and do for the sake of our future! Therefore I believe that our acts based on growth, building and success-orientation are indispensable conditions of our belonging to the well-developed world. I had been criticizing our politicians’ half-heartedness and our restrictive economic policy for decades. I believe that we would have needed the World Fair in 1996. I could not understand it as we could not build our National Theatre for decades which was looked forward by the representatives of culture so much. The complete loss of value of the retiring pensions deprived the economic participants of one of the most important purchasing power, while the state as customer radically reduced its investments too. I took the cancellation of building the theatre and then the retirement from the subway-construction for the failure of this government. But now I am glad that something had changed in the economic conceptions of the government. In spite or maybe just because of the Yugoslavian war, the record damages caused by inland waters and flood in the last two years it had to be recognized that we could afford these expenses ourselves only if, in the meantime, an economy getting stronger produced its sources. Therefore in spite of all its mistakes I received the new home-financing decisions, the announced decision about highway-building and the new-opinioned minimum wages expected from early next year with good feelings. Because economy needs market too. The real economic increase cannot be autotelic. No flats can be built which has no solvent demand.

But it is important that these good basic ideas shall be announced and realized really in the object of the development of the society, on the basis of excellent professional preparedness, included in the social environment and not alienated from it. It is important that following a new home-financing system foreshadowed as grandiose its prescribed expenditure should become available really in keeping with the expected, hereby really establishing the progress of the building companies stirred up by these news. It would be hard to overvalue the danger, damage which a disappointment following an increased expectation can (could) cause if the announced and supported program turned out to be only “political propaganda”. It is not the really big problem if less people meet the expected conditions than expected in advance. But it is important to react fast, to widen the circle of potentialities as long as the increase of mood and possibility to build expected for the program reaches the planned level.

I expect a lot of the economy-increasing effect of building highways, of the general upgrading of the numerous regions of the country. But this program should be relieved of the parts with the suspicion of corruption, of its monopolization by the government etc. They have to make it perceptible for the people that it is us who can build the highways for our money and we will use it and feel its numerous advantages. But now it rather seems that the highways will be built by the government for our money and first of all for the economic participants close to the government. After the official statement about building the highways it was enough to see the soaring of the building companies of the stock exchange, the nearly double value of their papers within a few days. Following the causeless governmental communication – without querying the realization of the program – the objective valuation of the stock exchange reduced the judgement of the profitability of this department with about thirty percents.

I expect a lot of the new minimum wage having effect on the whole Hungarian wage system. It will increase the level of the mandatory minimum wage about one third. Maybe unusually of the president of an alliance of employers but I was trying to convince the actual governments of its necessity for more than ten years. The marketability of economic outputs, namely the realizable being of the products for the solvent customers as final aim, is a natural requirement. It is important to initiate the proportionate reduction of the taxation and social insurance levies connected to the minimum wage simultaneously with the drastic statutory increase of the minimum wage. Because without it the positive effect of the rationalization of wage-proportions would not dominate, but the program would produce an effect resulting in the restriction of economic work coming from the increase of levies.

The program announced by the Ministry of Economic Affairs is based on the following main components:

Also the he above-written thoughts can show that I agree with the main components of the program. I even find the “yields” written in the plan of the program and expected of building the highways significantly undervalued. And even its numerous probable proceeds are not even mentioned in the plan. I find the judgement of the potentialities of the development of tourism and regional economy mistaken in its proportions, extremely low. And I find the thoughts raised on small and middle enterprises mainly “phrase”-like.

According to the most experts’ concordant opinion the development potentialities already existing in tourism, the payback period of which is only one or two years, can even double their incomes within the same period of time.

I have a feeling of want inside the program, also in respect of the perception and necessity of the economy-energizing effect of education. All the countries (The Netherlands, Finland, Chile, Singapore, Canada etc.) overtaking and claiming economic rise in the past few decades built their overtaking on an announced then consistently executed economic program. In the program they all pointed out those 5-6 fields where they would concentrate their sources, where they would give priority to their competitive edge in innovation, subvention sources and even in the fiscal system. They recognized that it was impossible to make up for backwardness and get in the forefront in all fields. The certain countries pointed out different fields knowing their own traditions and abilities. For example Finland concentrated on the wood industry, glass industry, industrial design, environment protection technologies and equipment. The odd thing about these programs is that there was only one field included in the programs of all the countries executing successful economic change. It was the use of extra sources expended on education. All of these countries were spending half as much again or twice as much as the proportion consequent upon their own economic strength for years.

Also on the basis of the above-written I find it a good and even indispensable thought if the government sums its deeds, aims up in a program which they can mention even with some pride, where the aims can urge all of us achieve them.

Then why do I – together with so many – have a bad feeling when the government describes its own program by Széchenyi’s name, as “Széchenyi plan”, in their speeches? Perhaps because the social communication of nor this program really succeeded when announcing it. Because Széchenyi belongs to among those historical figures who enjoy the respect, esteem of the whole society. But today’s Hungarian political public life – and in the respect of the given judgement it does not matter whose mistake it is – definitely misses common consent, while we can daily see the will to monopolize the certain values. Therefore the opposition does not really want to cede the name Széchenyi looking for social consensus to the government disclaiming any privity with the opposition or to its program. Maybe also because it was not Széchenyi himself who compared himself with the great Hungarians of the past, Reigning Prince Géza, King István or our King Mátyás, but the posterity ranged him and his deeds among the most outstanding Hungarians. Maybe because it is usual to name rather schools, theaters, museums, libraries, maybe place-names after our historical figures. It would sound strange to hear of a space research program named after our King István, would not?

I would not like to deputize for a real marketing expert but it is a part of our view of the future, progress that the politicians make political decisions, the economic experts form the conditions of economy within its scope and the announcement of the programs, including their names too, has to be left to experts qualified for it. Thew names “Hungary of the third millennium” or “Bridge to the third millennium”, “Hungary for the progress of Europe”, “To Europe with a new Hungary” would more suit an economic program building the future.

I can surely assert that I would (will) be happy to be able to tell my grandchildren a few decades later that the years following the change of regime gave such Hungarian people to the country, to our continent like Széchenyi or Kossuth of the 19th century. But I would like it to be then and me or many others calling today’s figures the Széchenyi of the 20th century!